Tim O’Shei is an author, journalist, teacher, team-building trainer and the founder of Live! Starring … You!, a media and education organization that works with schools and youth organizations to train young “reporters,” stage high-energy and interactive author visits and goal-setting programs, and create publishing opportunities for student writers.

Tim is the author of 60-plus children’s books on topics including sports, spies, princesses, survival, martial arts, creepy tales, and more. As a journalist, Tim has traveled around North America covering culture, entertainment, politics, sports and more. He is a narrative reporter for the Buffalo News, and previously was a contributing editor for Scholastic Inc.’s classroom magazines, a business editor, and a writer for magazines including Dance Spirit, Rinkside, Courtside, Football Digest, Baseball Digest, Runner’s World and The Sporting News.

Tim has interviewed hundreds of celebrities in entertainment, sports and politics, including Christopher Reeve, Michael J. Fox, Vanessa Williams, Presidents Gerald Ford and Jimmy Carter, Hillary Clinton, Derek Jeter and LeBron James. His books, which are mostly for children and teens, include titles on sports, survival, presidents, princesses and scary tales. Tim has been featured on several television shows, including the Travel Channel’s “Mysteries at the Museum.” 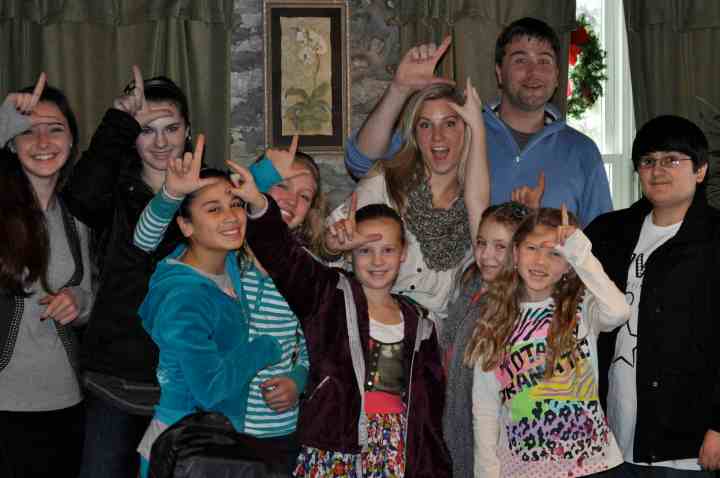 For his work with Live! Starring … You!, Tim was named in 2011 to the National Honor Roll of American Entrepreneurs by the Consortium for Entrepreneurship Education. He has also been featured in both regional and national media, including a recent appearance on the Travel Channel’s Mysteries at the Museum. His entrepreneurship students in Buffalo have started several businesses that have won awards at competitions in New York City, California, South Korea, the Philippines and Ukraine.

Tim has an undergraduate degree in elementary education from St. Bonaventure University and a master’s degree in creative studies from Buffalo State College. He has taught at every level from kindergarten through graduate school and regular providing training for teachers. He is married with three children and lives outside Buffalo, New York, just minutes from the Canadian border.